Empires in a medieval civilization will witness rise of four kingdoms with clans clashing in this MMORPG💢. Empires are forged by allies & cunning kings in the stone age where kings build empires🏘 & fortresses with townsmen. Empire Four Kingdoms is an MMO experiencing rise of four civilizations🌇 & empires where castles are built & kings clash for victory , an experience in the ages of medieval empires. This empire game is a legend that will give glory & victory to the true war lord who will rule from the iron designed throne, the bling kingdom, with honor.

🏰Build an Empire with strategic trading of stone age resources in the medieval era
🏯Team fortress & castles to defend your kingdom in wars from dragons🐉 & ruling kings
✌Alliances with kings & other multiplayers to help you conquer rival clans & gain territory on an interactive world map
♞Train your knights for the reign of fire as the king of kings as a war of dragons is eminent
Strike kingdoms with archers & shoot arrows🏹 to the mobile escaping lords
Enemies advancing towards your palace? Chat with friend or foe empire kingdoms or join the MMO community & active forum for advice to make your kingdom of empires the most powerful of all
👷Build over 60 different constructions & trade resources to gain wealth in gold 🜚& silver🜛 for swords, shields⛨, wood & fire🔥

Witness an Age of Rising Empires and Civilizations

United we stand, Divided we fall - Build alliances & conquer rival kings in MMO battle. Defend your castle from enemies & fight a medieval war with epic PvP strategy. Conquer kings & defend your kingdom in this epic PvP strategy game. Do you have what it takes to rule an empire, fight enemies, defend your castle & build a growing army to dominate the Four Kingdoms? With this epic MMO game, you can employ cunning strategy to defend your kingdom, wisely choose your alliances to fight with you in battle & create a resourceful army.

With the imperialist rulers ruling the townsmen in despair & capable of striking a war of dragons, you must protect the earth empire from various clans of kingdoms in the medieval stone age. The throne is forged by deceiving warriors from massive royale clans. Are you ready to attack these empires and claim victory?

Social empires are not won by just attacking. There is strategy & planning involved, resources are collected & empires are built in villages by constructing buildings, mining stone, smelting weapons, building town halls, training soldiers, knights & archers. The earth empire must be able to defend itself from the cunning war lords.

Rise of Castles in Kingdoms with Fortress

Fight clan wars & clan battles to achieve victory over forts & knights. Possessing state buildings of several empires to become the king of all kingdoms is the mission for this strategy war game.
* Grow from a novice to a knight with decorative war items
* Quests with objectives for different levels of experience, become a fierce warrior
* Different wars zones from multiple countries, go on national wars by making alliances
* Collect taxes from the villagers & enrich the royal wealth of the empire

Sinister things are stirring in the great Empire. Ancients crypts have been broken open, unspeakable cults perform dark rituals, and monstrous abominations shift behind the veil of sanity. Be prepared, for Halloween is near. Gain scary new rewards from Halloween events, enjoy updated reward pools, and various small bug fixes and improvements. 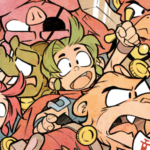 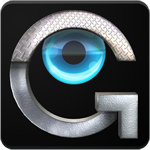 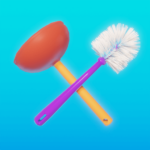