The description of Gladiator Heroes - Strategy and Fighting Game

Become the greatest Lanista of the Roman Empire, develop your civilization, train and acquire powerful gladiators to defeat your enemies in clash games.
Use your gladiators to clash against enemies and collaborate to the rise of your empire. Enter the arena!

Develop your civilization and expand your empire. From a tiny village to the greatest kingdom of all time.
Build your city, develop trade with roman merchants, upgrade your gladiator residence and improve your armoury. Take control of the construction of your rising empire in civilization games.

Unique turn-based combat mechanics. Enter the arena and fight in gladiator combats against enemies and titans. Every warrior has his own ability, you’ll need to select your combat strategy and develop your clash tactics.

Join a clan of gladiators to obtain combat perks and participate in limited time events and clan battles to dominate the roman empire games.
Fight in clan wars, develop your strategy and become the champion of clash games!

Train, upgrade and evolve your gladiators and champions to participate in clash battles. Defeat fighters and warriors from other clans and villages in order to expand your kingdom.
Make the Roman Emperor proud and play kingdom games!

Clash in limited time events in order to obtain exclusive rewards. Your empire games will have a unique style. Equip your gladiators with special items like swords or axes and fight with valor!

Raise your kingdom games with blood and glory!

Please note:
Gladiator Heroes Kingdom is a free to play clash game but some items can be purchased for real money.

How to install Gladiator Heroes - Strategy and Fighting Game OBB 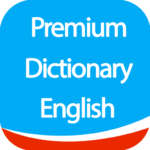 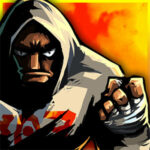 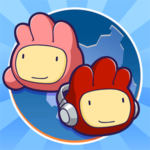