"The worst creatures in human history have appeared in the world. It's up to you to save humanity in crisis..."

Evade quickly and shoot without hesitation! You don't have to show mercy to your enemies.

Prepare your gear and skills and explore random generated areas. Collect powerful weapons and equipment, dodge bullets and defeat all enemies while acquiring new skills! The roguelike elements are well designed, making the game very easy to control and offers an adrenaline-pumping gameplay.

💬 A post-apocalypse story
The worst creatures in human history have appeared in our world. Humanity formed a common front against these visitors, but the most destructive weapons barely put a scratch on them, the world is contaminated with ashes and viruses. They are called "Ark", and humanity continued its long war of attrition. And half a century later...

📖 Game – Action Shooter, Roguelike Shooter RPG
Roguelike stages provide a new experience every time you play. Defeat all enemies to clear the area. There are various areas of the stage. Find a variety of interesting areas, including wave areas where hordes of enemies charging in waves, supply areas where you can restore new skills or health, and shop areas where you can purchase items.

🎮 Features
- Hundreds of random areas, various monsters and powerful bosses with their own attacking patterns
- Random and powerful skills to help you in your battle
- Utilize character's abilities such as dodge rolling, parrying enemies' attacks, chain jumping, grenade throwing, triggering ultimates, and more
- Level up and collect powerful equipment to unlock and strengthen your potential
- Various modes to ramp-up the challenge
- Get awesome rewards through daily login, daily quests, battle pass, and more

💯 Highly recommended for those who love action games, shooting games, and action role-playing games, and this game is a must-have for new users.

📌 Some more juicy information for you
- This realistic non-stop shooting action adventure game is a free game!
- Enjoy a roguelike shooting game with a unique view point and various stages
- Dungeon RPG game that you can fully enjoy
- Survival zombie shooter game, featuring zombies! Defeat them all!
- Are you still playing as archer? It's time to play the best action role-playing shooter, Mystic Gunner.
- More games to come. In the future, we'll tell you about various shooter adventure games, roguelike games, and roguelike RPGs.

👍Recommended to these gamers!
- Recommended for gamers whose favourite things in games are Shooting RPG, Action Adventure Game, RogueLike Game, Dungeon RPG Game, Dungeon Crawler, and Legendary Archer
- Recommended for gamers who like smooth control, upgrade and collect various items
- Gamers who enjoy completing missions, attack challenging bosses, and enjoy various modes
- Featured games for those who like free games, indie games, and action story games
- Anyone who wants to defeat countless zombies and monsters to save the world
- Exciting action game with countless hours of fun
- Heroes with powerful skills for players to utilize

If you encountered any bugs or want to suggestion something to improve the game, please write to us at help@buffstudio.com. We'll continue to create more fun action adventure games, roguelike games, dungeon RPGs, hero games, indie games, and shooting games.

💌 We need your help to make games such as action game with amazing story, roguelike games, adventure games, and shooter games. Tell your family and friends about this roguelike shooting exploration game. It would be a great help to us. 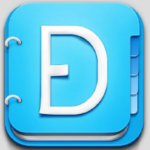 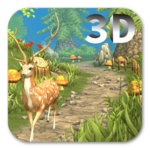 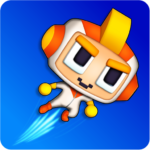