Build and upgrade your fleet, team up to shoot, snipe and destroy your enemies in intense realistic PVP multiplayer shooter game. Featuring over 200 historical military ships from WW2 and WW1. Build and command a navy of war machines in the best online ship simulator game!

If you like war ship, gunship combat games or third person shooters, join this historical MMO naval action 3d multiplayer game with a fleet of battle ships. Jump straight into quick online action-packed 7vs7 epic tactical warships battles, enter the battlefield no matter where you are and sink enemy vessels! World of Warships Blitz is the ultimate 3D PVP shooter and strategy war game and navy battle simulator. Battle online and offline, on the high sea or in a bay, fight on real marine battlefields, authentic battles of warships with awesome weapons like guns and missiles await you!

- Master the WWII steel boat juggernauts from a variety of Battleships, Cruisers, Destroyers and even Aircraft carriers
- Choose from 130 unique classes of ships from Japan, the U.S.A., U.S.S.R, UK or Germany and battle for ocean dominance
- Take on your enemies in real world locations of the Atlantic, Pacific and Arctic oceans in massive world battlefield areas. Realistic sailing graphics!
- Choose from different levels and missions with different battle of warships difficulty
- Switch between various types of combat weapons such as missiles, torpedos and guns
- Play single-player solo missions or team up with friends to shoot enemy gun ships. Get supplies, equipment, war upgrades and new navy ships
- Get rewards and medals for your successes as a fleet commander and a chamption in the greatest gun battles of the sea!

A truly free-to-play action 3D tactical multiplayer strategy war game. No timers, energy bars, fuel—play as much as you want and whenever you want in this sea battle simulator.

Whether fighting against random players around the world in solo battles or team matches, or in ranked battles, campaigns or co-op battles, World of Warships Blitz gives you the ultimate realistic historical navy boat war battle experience with warships from WW2 and WW1 along with amazing 3D action shooter.

Are you ready to compete in the most realistic tactical online gunship simulator and to command your fleet? Guide your battle ship fleet to victory and glory in this total war now!

- Earn rewards by growing your team play score—additional ribbons have been added to help you increase your total score
- New ship comparison feature—compare any two ships to see an overall chart and statistics for each ship
- Accrue Blitz Pass Points to unlock rewards in the new Blitz Pass
- Upgrade your ship with Universal Blueprints
- Invite friends and unlock rewards each time they reach certain milestones
- Ship balancing
- Bug fixes and more! 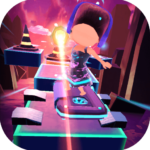 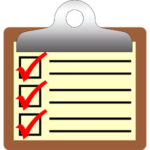 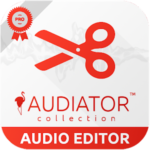 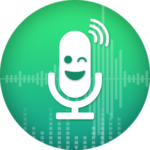