Million Lords is an online strategy MMO with a strong emphasis on the art of war and real-time conquest!

Play in solo or with your friends, meet other players and form a clan to have fun conquering the world by their side!
Progress and secretly develop strategies together, lend a hand to your clan mates and plan your battles to prove that your clan can become the most powerful of the world!

After the death of the great Lord Almaty, his four Lieutenants started the 1,000 Kingdoms Legendary War for the king’s throne... As a governor in this medieval fantasy world, create your nation, recruit knights and lords to defend your cities, and let the conquest begin!

MMO FEATURES:
► League system
There are leagues for every kind of player. Advance your strategy and work your way up to reach the highest one!
► Original RTS Gameplay
Carry out real-time conquest operations on a unique PvP battleground made by an independent studio.
► RPG skill tree
Choose between 10 talents to strengthen your Lord conquest power and achieve greater heights!
► 100+ craftable equipments
Gear up to adapt your strategy in real time!
► Competitive seasons
Every month, a player is crowned the mightiest Lord of the Three Lands, and it could be you! Stand out and emerge victorious!
► Online multiplayer war
Team up with your clan to conquer the world, using military tactics!
► And much more to discover!

REAL-TIME STRATEGY & ONLINE MULTIPLAYER:
Chat with other players, find loyal allies and join forces!
Million Lords is all about city conquest, warfare, kingdom empowerment and tactical alliances with others!

SPECIALIZE & IMPROVE YOUR STRATEGY:
- Choose and change your specialization skills to create your own epic lord and kingdom, ready to face the enemy armies!

In this real-time strategy game, become the Kingdom lord and pursue the conquest of the Three Lands by conquering every nation.
Conquer with your hero to expand your kingdom beyond all expectations: the only border is your determination. 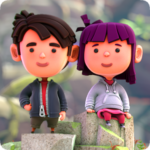 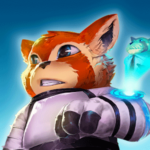 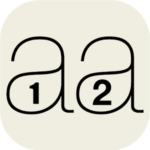