The description of Real Boxing 2

Fighting Games reach a new level, with Online Games modes, challenges and new fighters— Enter the ring of realistic games, punch out, and get ready to rumble!

FIGHT FOR GLORY
Enter the boxing games ring and get into punch-out matches in the ultimate fighting game. Face dangerous boxer opponents in the ring and score a KO! Explore the world of boxing and make your way in boxing games– You can become the boxing champion, a champion for the ages! Enter the online games arena and get ready to punch-out, punch hard, and KO the rival boxer!

ENGAGE IN FAST PACED ON-THE-RING ACTION
Become the ultimate boxer of online games. Use jabs, hooks, uppercuts & combine them with devastating Special Punches and Focus abilities. As in the online games, use ultimate combos to KO your fighting games rival. Nothing is more satisfying in the boxing games, a ufc game or any kind of fighting games than an early KO!

BATTLE AGAINST UNIQUE BOSSES
A new spin on fighting games & boxing games: take on a unique type of challenging opponent, each one available to challenge for a limited fight time. Clown? Check. Santa? Yeah he’s there. Golem of the rocky variety? You bet. Defeat them all to claim their fighting games epic gear !

CHOOSE YOUR FIGHT STYLE OF BOXING GAME
The true punch-out & fighting games begins, develop your boxer’s stats and unlock new box abilities to level up. Equip fighting boosts to create your own realistic games playstyle. It’s a bit like UFC: you better enter the punch-out and fight with style. The true boxing game is about to begin and a KO is in the air!

UNLOCK POWERFUL ITEMS
On the rocky path to becoming a Fighting games boxing fight champion you gain access to a number of unique, upgradable and customizable fighting gear, enhancing fighting games stats and boxing games abilities of your boxer, one punch-out, one round, one KO at a time.

CONNECT WITH FRIENDS
Become a punch-out fight champion and play fighting games with friends, Invite them over and beat them in real-time online games and boxing games action to find out who’s the boxer champion right here and now. Fight for the quickest KO and fighting high scores across the leaderboards.

PLAY MINI-GAMES
Fun fighting games included: train your fighter in exciting punching games, fight mini-games and try your luck in the Daily Lottery for a chance to win fighting rewards.

Real Boxing 2 is a free to play, however, some items for the fighting games can also be purchased for real money. If you don't want to use this feature, please disable in-app purchases in your device's settings. A network connection is also required. boxing games.

So do you like fighting games, boxing games or maybe a puch-out, UFC or sport games? Join the online club, create your boxer, fight for the KO and start playing Real Boxing 2 – and experience the Online games.

How to install Real Boxing 2 OBB

Welcome back, boxers!
New year, new us is going strong and that means new content for you. First is a Starter pack to help you with the first steps in our game to achieve victory and some awesome boxing belts.
Rage Tyron challenge is still up so be sure to defeat the champion and earn the new reward: Boxing Contracts which you can exchange for new boxers!
As always, we have also fixed some bugs and stability issues.
We are not stopping yet, as the future holds even more new things!
Game on! 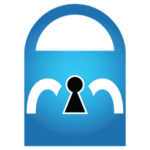 Currency Converter Plus Free with AccuRate™